Kalinga, also called Odisha (formerly Orissa), an eastern Indian state on the Bay of Bengal, is known for its tribal cultures and its many ancient Hindu temples. Located in the Eastern part of India, surrounded by a huge coastline with Bay of Bengal and sharing borders with West Bengal, Andhra, Telangana,Jharkhand  and Chattisgarh, Odisha has been the best kept secret for the country as diverse as India.

When we talk about Diversity , Odisha is a state filled with Miracle. The land boost Hill, Forest , Sea, Lakes and almost all what a traveller seeks to do while he takes his step for journey to uncharted territories. Odisha has been boosting its religious and cultural tourism for ages, thanks to a plethora of temples across the state and the great Jagannath Puri Dham. Lately it also has evolved as an adventure destination for youths who  seek adrenaline rush. Many may not be aware but, Odisha conducted India’s first sea-surfing festival on the beaches of Ramchandani ( Puri Konark Marine Drive). Wildlife lovers consider Odisha a Paradise of siting wildlife whether in the dense forest of Simlipal or the serene and scenic Bhitarkanika. No place in India boosts the beauty for bird watchers that Lake Chilka provides and yes don’t forget to see the dolphins in this lake when you visit next.  I will touch the beauty of these and various secret locations of Odisha in other subsequent articles. This article is to talk about something which many people are not aware of , forget people outside the state of Odisha , even many people within the state are not aware of. This Article talks about Hill stations in Odisha.

Yes, you heard it right, a coastal state of Odisha is a geographical paradise. Along with the large coastline, the serene agricultural fields, the spiritual transcendence in the temples, Odisha also has many Hill stations. They might not be majestic like the ones in Himalayas, may not be as cool as those in the Eastern Ghats , but they leave you spellbound with its beauty once you visit them.

This place received the first snowfall of this season. These kinds of news are not alien to the state of Odisha. Among the most popular hill stations is the hill station of Daringbadi , in the Kandhamal District of Odisha, around 250 Km from the capital city of Bhubaneswar, a drive of 6-7 hours.

Popularly known as ‘The Kashmir of Odisha’, the spectacular hill station of Daringbadi is surrounded with coffee plantation Black pepper, Turmeric gardens., pine forests, cascading waterfalls, and lush hills.  The hill station is named after a British officer pre independence India, popularly called as Daring Saheb .  At about 3000 ft above sea level this place is one place to visit during the Monsoons or after it, in brief the best time to visit the place is anytime between September & March.

Daringbadi is the native land of one of the most primitive tribes of India “Kutia Kondhas”. The Daringibadi-Belghar belt provides a glimpse of the lifestyle of the famous Kutia Kondha and Dongri Khond tribe. Eco-tourists can taste their cultures and traditions during their stay in Daringbadi.

Once you visit the location you can also plan nearby exploration wherein you can visit the places like Rushikulya River, Hill View Point, Doluri River, Mudubandha Waterfall, Pataudi Waterfalls. Belghar Sanctuary, Lovers’ Point, coffee and tea plantations. You can get more detail about the place by clicking the link.  There are few nature camps wherein you can enjoy your stay. One of the most beautiful camps is facilitated by the Odisha Forest Division named Nature Camp.  You can book your cottage from the website of Odisha forest division. 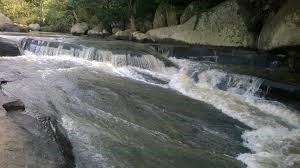 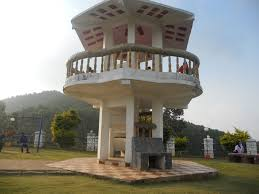 Deomali is a mountain peak in the Chandragiri-Pottangi subrange of the Eastern ghats. In Fact It is the highest mountain Peak of Odisha standing at a height of 1762 mt.

Surrounded with deep green forest, the peak is rich in flora and fauna and  is an ideal site for Mountaineering, Aero Gliding and trekking expeditions.

Deomali is dotted with brooks and deep valleys, and is inhabited by few of the ancient tribes of India such Kandhas, Parajas, Bhumia, Malis and Bhotias.

For trekkers this valley is a replica of Triund in the state of Odisha.

The nearest airport is Visakhapatnam in Andhra Pradesh, 200km via road from the district headquarters town of Koraput. One can also take a bus from Bhubaneswar, 500km away.

Deomali hills also boost varieties of Orchid. Infact Deomali boosts over 345 species of plants in the hills, including herbs, shrubs and trees. Best time to visit the location is between October to February. 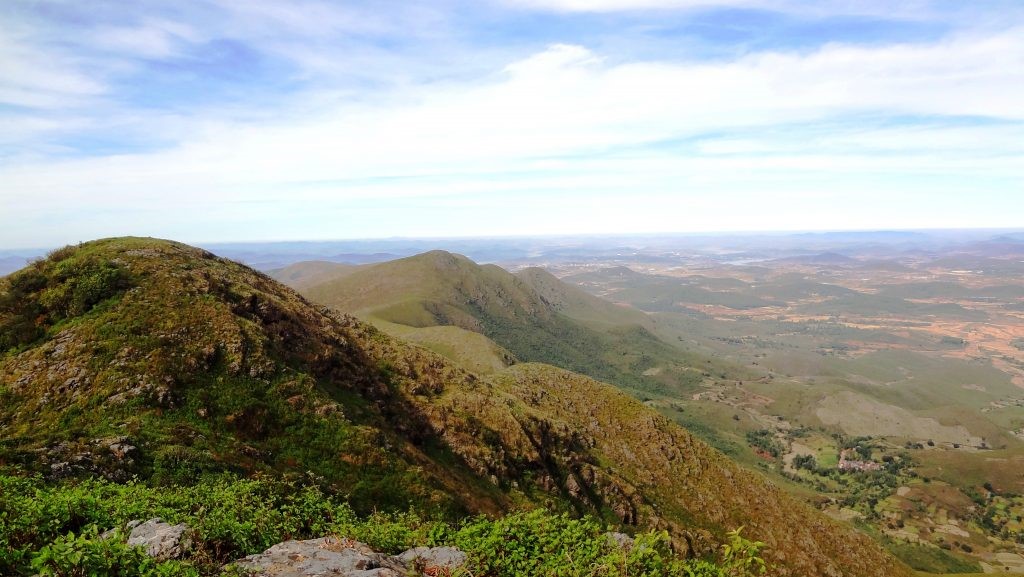 While strolling the street of Chandragiri you will be mesmerized with the tibetian culture that boost in this small quaint location of the gajapati district of Odisha. It is famous for the Budhist temple, largest monastery in Eastern India which was inaugurated by his Highness Dalai Lama in 2010. After China invaded Tibet in 1959. Chandragiri was designated as camp no.4 for settlement of Tibetan’s. The first batch of Tibetan’s arrived in Chandragiri on 1st May 1963 and since then it is referred to as the “little-Tibet” or “mini-Tibet” and features scenic beauty with lush green picturesque landscapes. This must visit hill station of Odisha is also known as Jeeranga . The tibetian settlers call this place “Phuntsokling”– which means land of plenty and happiness.

The nearest airport is Bhubaneswar (254 Kms by road via Mohana) and the nearest railway station is Brahmapur between the Howrah -Chennai route.

This place already attracts a good number of foreign tourists, especially Buddhist pilgrims from across the country and word..

A traveler can explore Padmasambhava Mahavira Monastery, Jeerang Stupa, Statue of Padmasambhava, horticulture plantations, cultural activities of the Tibetan refugees, hot spring at Taptapani( Another spectacular hill station nearby) , and more around Chandragiri.

In case you visit this part of Odisha, do try the Tibetan delicacies of momos, thukpas, and tingmos that will satisfy your appetite. The monastery has a guest house and there are few hotels nearby as well. 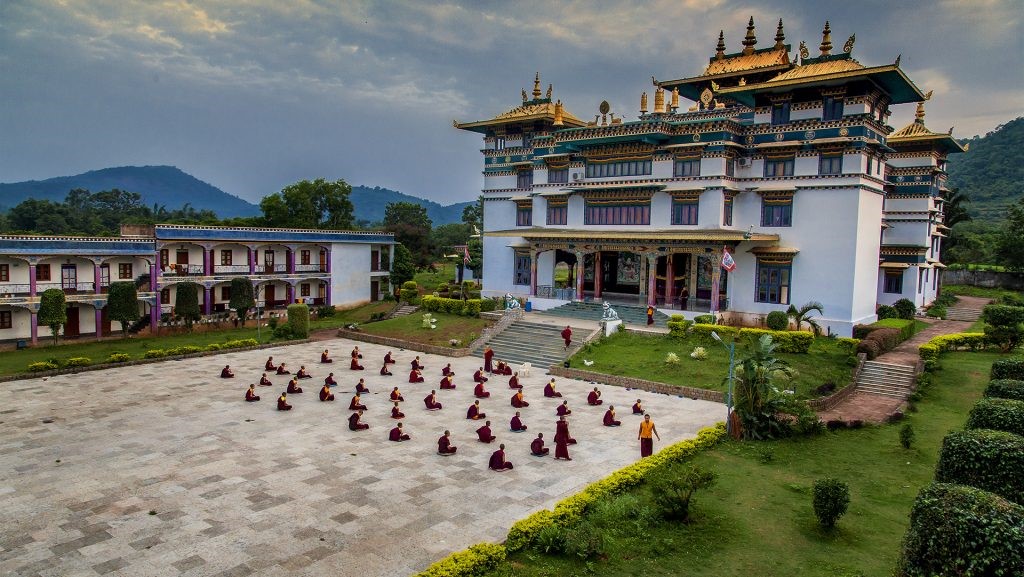 Not far from Brahmpur or Berhampur , mentioned above, is another mesmerizing location or Best kept secret hill station of Odisha. One of the unknown hill stations of Odisha or Lesser known hill station of Odisha is the second highest hill of Odisha, the mountain peak, Mahendragiri . Within the State of Odisha Mahendragiri Peak has achieved a lot of popularity for mythological, cultural  and religious significance. It is also Known as the Southern Amarnath of Orissa a ‘Kula Parvata’ along with Malaya, Sahyadri, Parijatra, Shuktiman, Vindhya and Malyavaan.It is believed as per the scriptures the sage Parashurama practiced penance for a long time on this Mahendra mountain and hence have a significant value for religious travellers.

There are three temples on the top of the mountain. These temples are named after the Pandava brothers and their mother Kunti.The temples are The Kunti temple,  the Yudhisthira temple and the Bhima temple.

With a height of  30 feet the Kunti temple is at one end of the flat top of  the mountain. The main festival of Mahendragiri is Maha Shiva Ratri occurring in between February and March.

This quaint hill station in Orissa is part of the less popular Eastern Ghats when compared to the more greenish Western Ghats, but is abundant with thick forest coverage. The terrain and forest coverage makes it one of the most beautiful hill stations of the state of Odisha. If you are in Odisha between October to February do keep this location in your bucket list. Mahendragiri is truly a biodiversity paradise which will mesmerize the nature lover in you with a large number of peacocks, flying squirrels, elephants, spotted deer and even leopards and talking mynahs which could be sighted.

The majestic beauty of the mountain, the crystal clear waters of the sacred Mahendratanaya, attracts travelers from all parts of India.

Mahendra giri is a good site to camp and enjoy the sunrise and sunset. In case you like hiking and camping this is one destination you should never miss to leave. 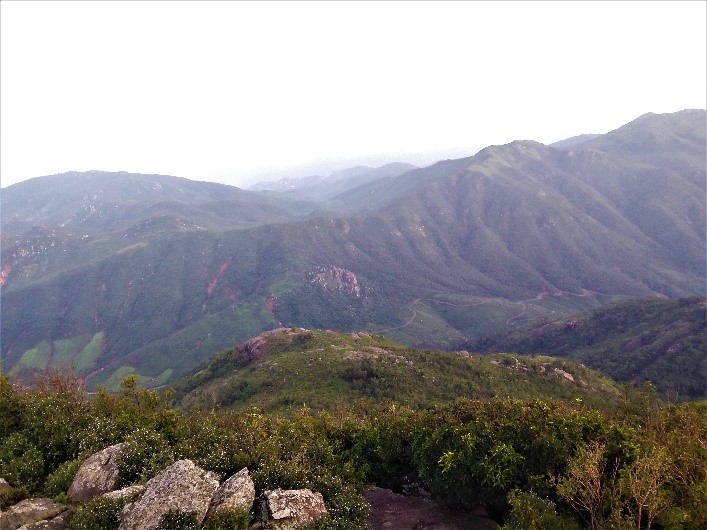 It is an unknown destination or location for many even in the nearby districts of Rourkela and Sundergarh.

This treacherous destination is hell for any one willing to drive and reach the destination while this article was written. But once you overcome the journey what you get in a sense of tranquility.

Undoubtedly this is one of the least heard or Unknown Hill Destinations of Odisha .

Located at a distance of near about 100 Km from the steel city of Rourkela, at an elevation of 3700 meters above sea level, surrounded by sprawling green meadows and hillocks all around, gives a scenic destination in the bucket list of a traveler.

In summary the place offers spectacular and breathtaking views of the surrounding hills and forests.

Tensa Hills enjoys a pleasant climate throughout the year and winters are colder.

There is a point called the ‘Zero Point’ where the temperature touches almost freezing point during winter.

Few  of the major attractions here are the Shanti Stupa, the Khandadhar waterfall and a couple of natural water springs and falls in the area.

This is located around 325 Km from the capital city of Bhubaneswar.

In case you love biking and adventure camping this is one location you should definitely go and visit . 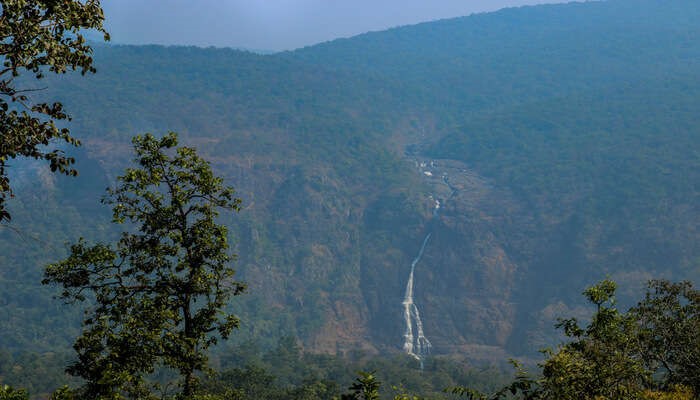 These are just a few examples of around more than a dozen of these unexplored hill stations of Odisha situated in the Western Ghats. Odisha indeed is a best kept secret. In case your ever desire to visit Odisha do keep these locations in your mind.

Disclaimer:- We are just a travel consulting company and do not provide any booking services. We research, analyse and based on the analysis recommend the best locations that can help you discover yourself when you travel next. You may get in touch with us by  at  connect@routeatour.com to explore the unknown locations from different parts of India. We would love to help you in building your soul satisfying journey when you plan next.